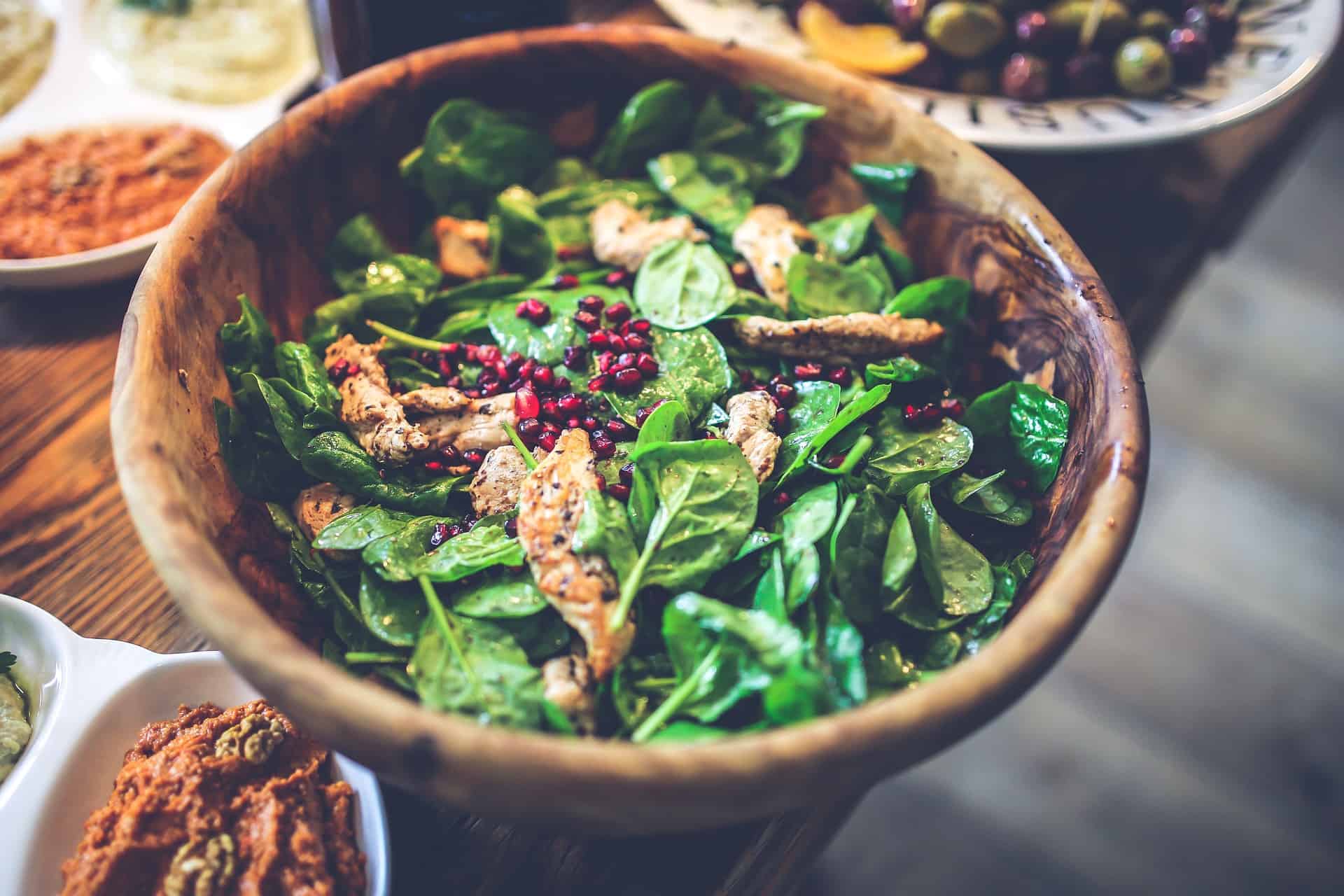 *We may earn a commission for purchases made using our links. Please see our disclosure to learn more.

Growing your own spinach provides you with a delicious, nutrient-rich leafy green to toss in with your salad, cook as a side dish with your entrée or feature in something more fancy such as spinach pie. Full of vitamins and minerals, it’s considered a superfood with health benefits ranging from protection from various cancers to immunity boosting.

Spinach is a cool weather plant, so it can be planted in the early spring or fall and sometimes in winter depending on your location. Once it starts growing, it’s one of the easiest plants to maintain, but it can be a little tricky to get the seeds to germinate at the start. Here’s everything you need to know about growing spinach.

There are three common varieties of spinach:

More unusual varieties of spinach also exist, such as New-Zealand and Malabar spinach, which have different growth needs and leaf appearances. 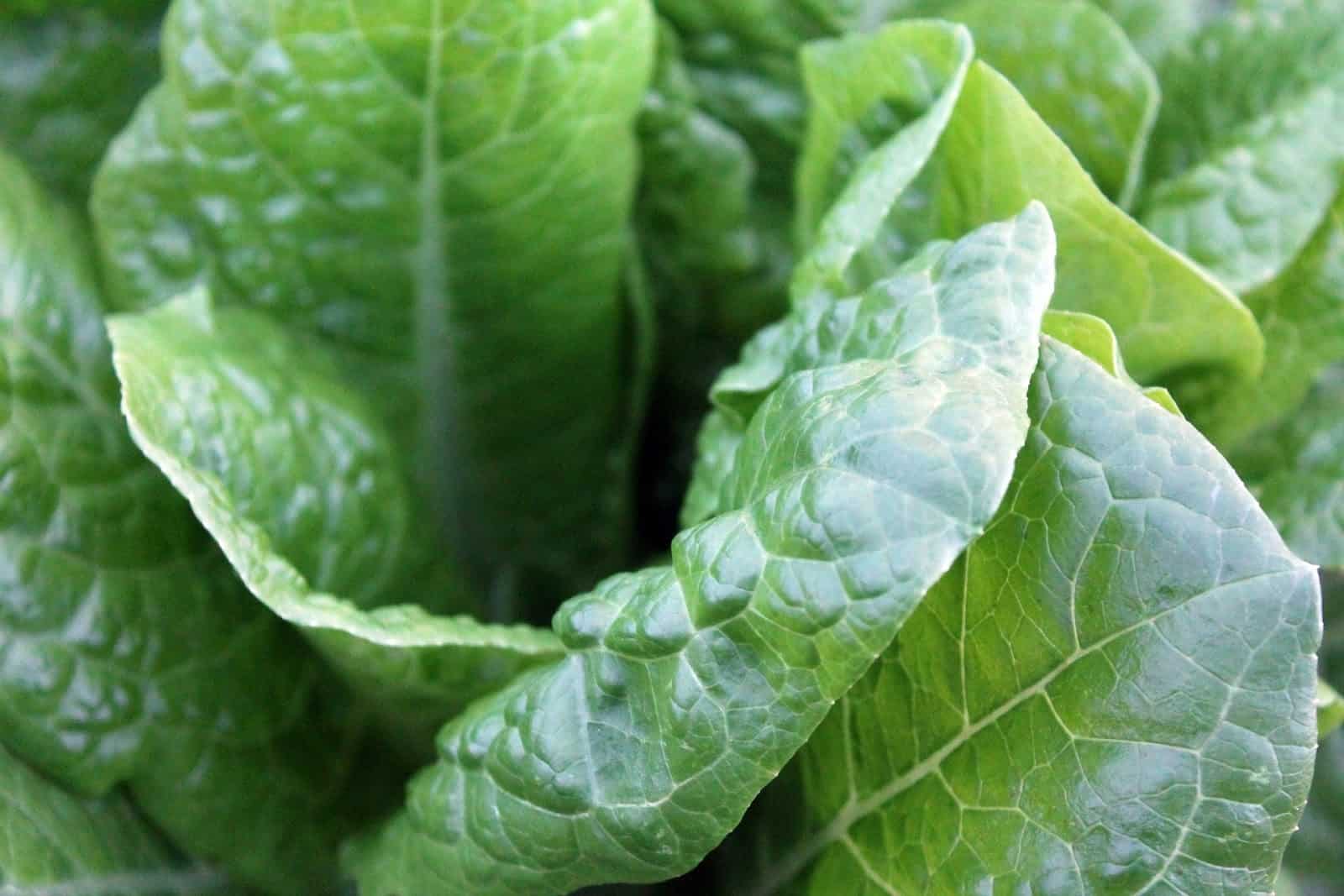 How To Plant Spinach

Spinach grows best in cooler conditions and takes around 6 weeks to mature fully, so sow as early as you can. Seeds can be started indoors or planted directly into the ground, depending on your location and the time of year.

Germinate spinach seeds indoors about 8 weeks before the average last spring frost. You can speed up the germination process by using a method called priming. Simply let the seeds sit in a jar of room temperature water for about 24 hours. Next place the seeds between two layers of paper towel for two more days. Then leave them for a few more days in an airtight container in a cool location before planting.

Now they can be planted in pots to sprout indoors or planted directly into the soil outside. Outside is preferable if the weather allows.

If you’re growing spinach in pots, make sure they are deep enough for the tap roots to grow. Transplant into the ground once a couple of real leaves have formed. Be very gentle as they don’t always like being transplanted.

Start about 6 weeks before the last frost or when the soil can be worked.

Choose a location with at least 4 hours of sun a day, but keep in mind that too much sun or hot weather can cause spinach to bolt, so some shade is good.

Spinach likes damp, well-drained, acidic soil with a pH of 6.5 to 7. Since spinach forms a tap root, it’s important to prepare the ground by loosening it to about 1 foot deep before planting the seeds. You can test your soil with a soil pH Meter.

Once they have at least two true leaves, thin the seedlings to about 3 inches apart if you’ll be harvesting for baby spinach and 6 inches apart to allow for growth of larger leaves for cooking.

For summer crops, sow every few weeks as the weather allows. Winter spinach will benefit from sowing in late-August and again in September (depending on the climate in your location). 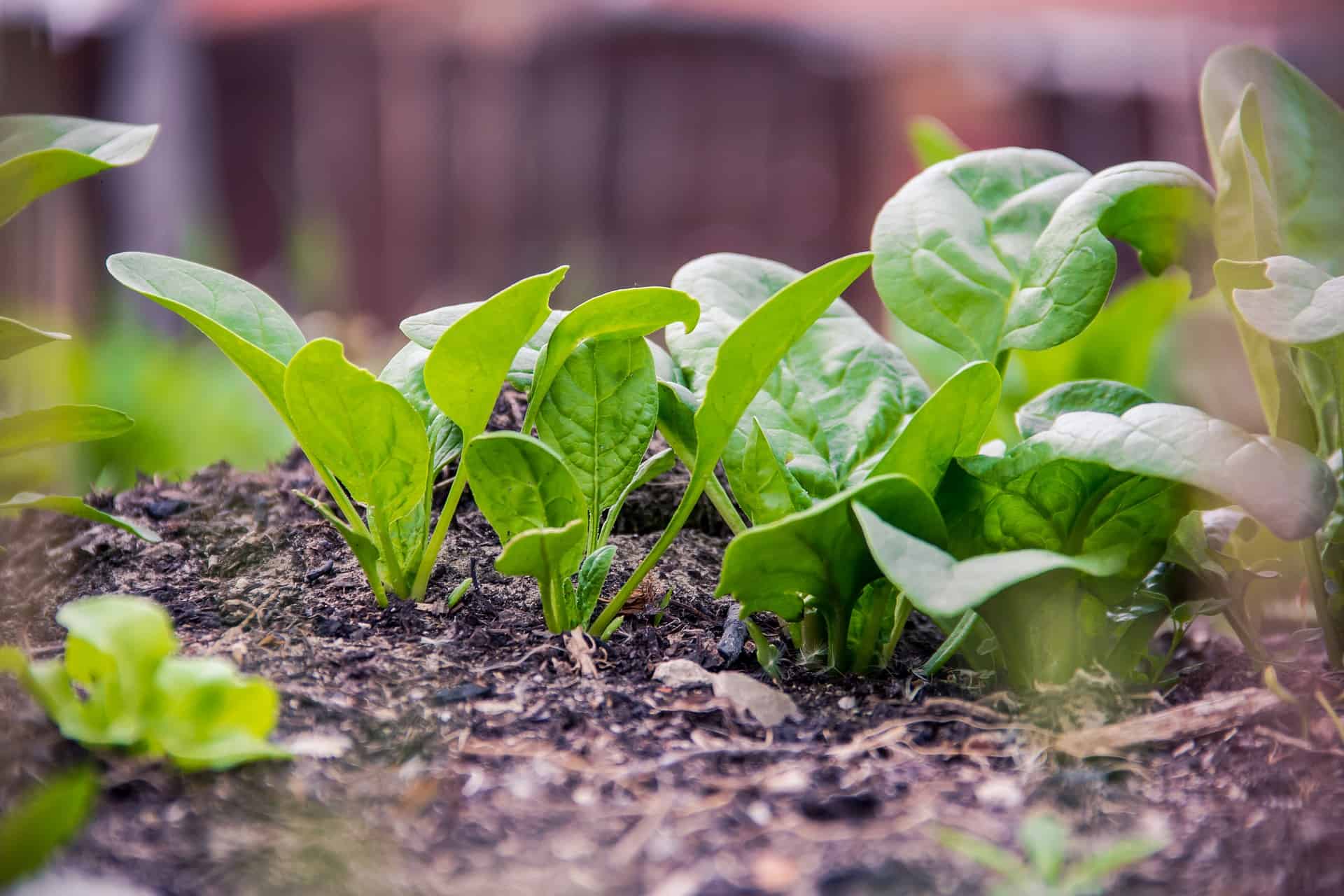 Spinach thrives in damp soil, so can be watered up to two times a day, especially in the morning and evening during the summer months. However, take care not to soak the soil too much as this will leave plants vulnerable to disease or pests, and excess water can also cause them to bolt. Once the spinach has sprouted, try to water the base of the plant to avoid mildew affecting the leaves in humid or wet weather.

When the plants are small, weed regularly to protect them from being deprived of sunlight and from nutrients being pulled from the soil. Better still, since pulling weeds can harm the roots and hamper growth, spread mulch along the rows above the spinach plants. This will be a big help in suppressing weed growth. Spinach grows quickly, so once the plant is taller, it will generally smother any nearby weeds.

Winter spinach varieties are generally safer from pests than summer crops since the cold weather discourages most bugs. However, certain bugs such as leaf miners may attack the leaves. To counter leaf miners, try growing some radishes nearby as leaf miners prefer radish leaves. The radishes themselves won’t be harmed since they grow below ground.

Another pest, spinach blight can stunt the plants and cause the leaves to turn yellow. Mildew can occur during wet weather and slugs also love to eat spinach.

If pests become a problem however, here are some other natural ways to deter them without using chemical pesticides.

It’s hard to believe but, if you’re growing spinach in the fall, you really don’t have to do anything extra to protect your plants over the winter months. It’s a cold hardy plant and once the weather warms up they will start growing again.

However, if you cover your spinach plants with fabric covers, more often called floating row covers, you will get a bigger harvest in the spring. These covers are inexpensive and available in most garden supply stores. 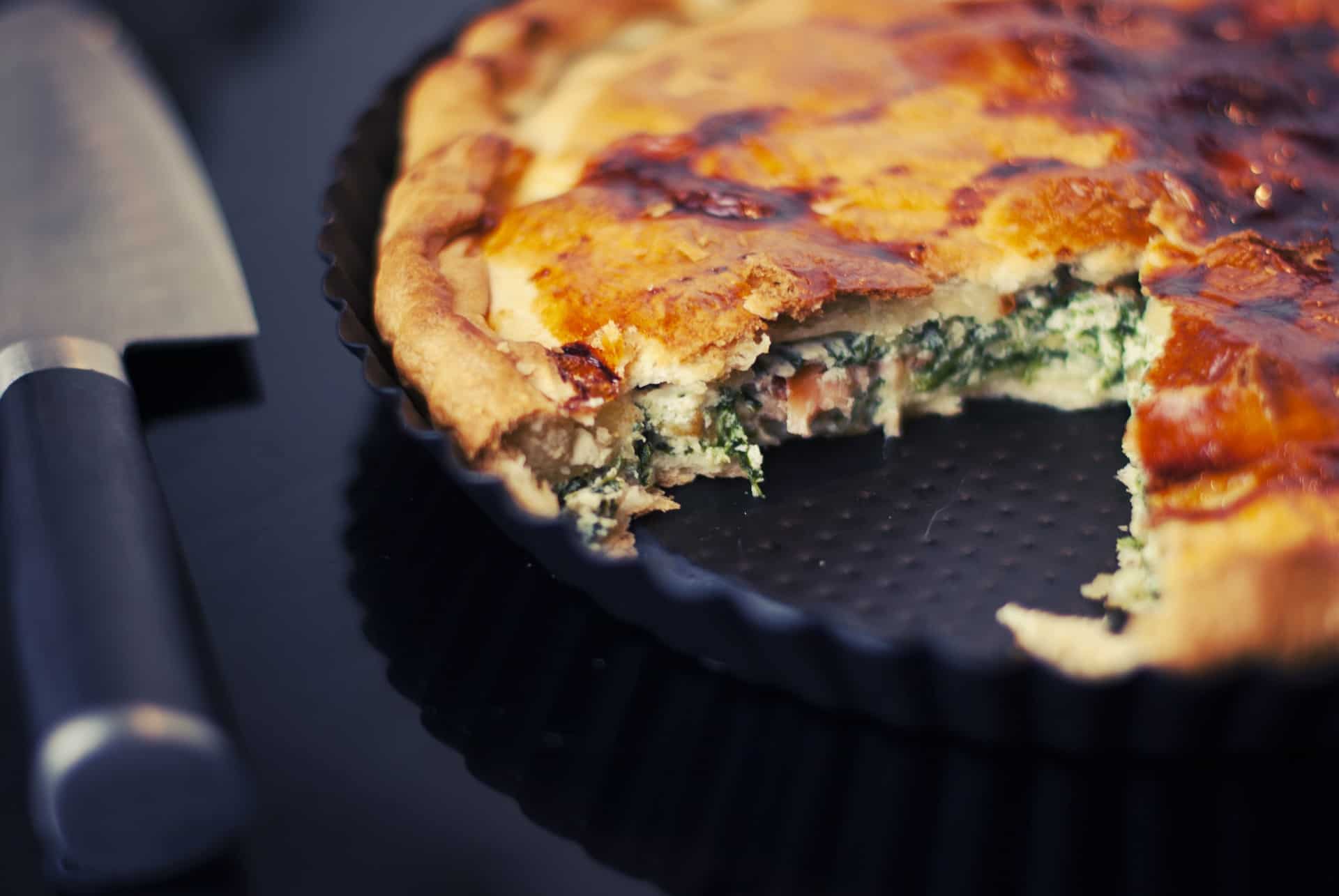 Summer spinach can be harvested between May and late September, while winter cultivars will need to be picked between October and April. Snip off the outside leaves first and take no more than half the plant. Harvest when the leaves are 3 to 5 inches long if you prefer baby spinach.

As the days get longer, spinach tends to bolt. When you see this happening, you can harvest the whole plant, or leave it to flower so it will attract beneficial insects to your garden.

If you have spinach seeds that are over a year old, it’s recommended that you purchase a new pack when you’re ready to grow again, as they often expire after 12 months.

By planting spinach in the spring and fall, you can enjoy this healthy and delicious vegetable almost all year round. Just make sure you plant your seeds early and sow regularly throughout the cool part of the season. Your plants should thrive and survive regardless of the season. Here’s to growing spinach and healthy eating! 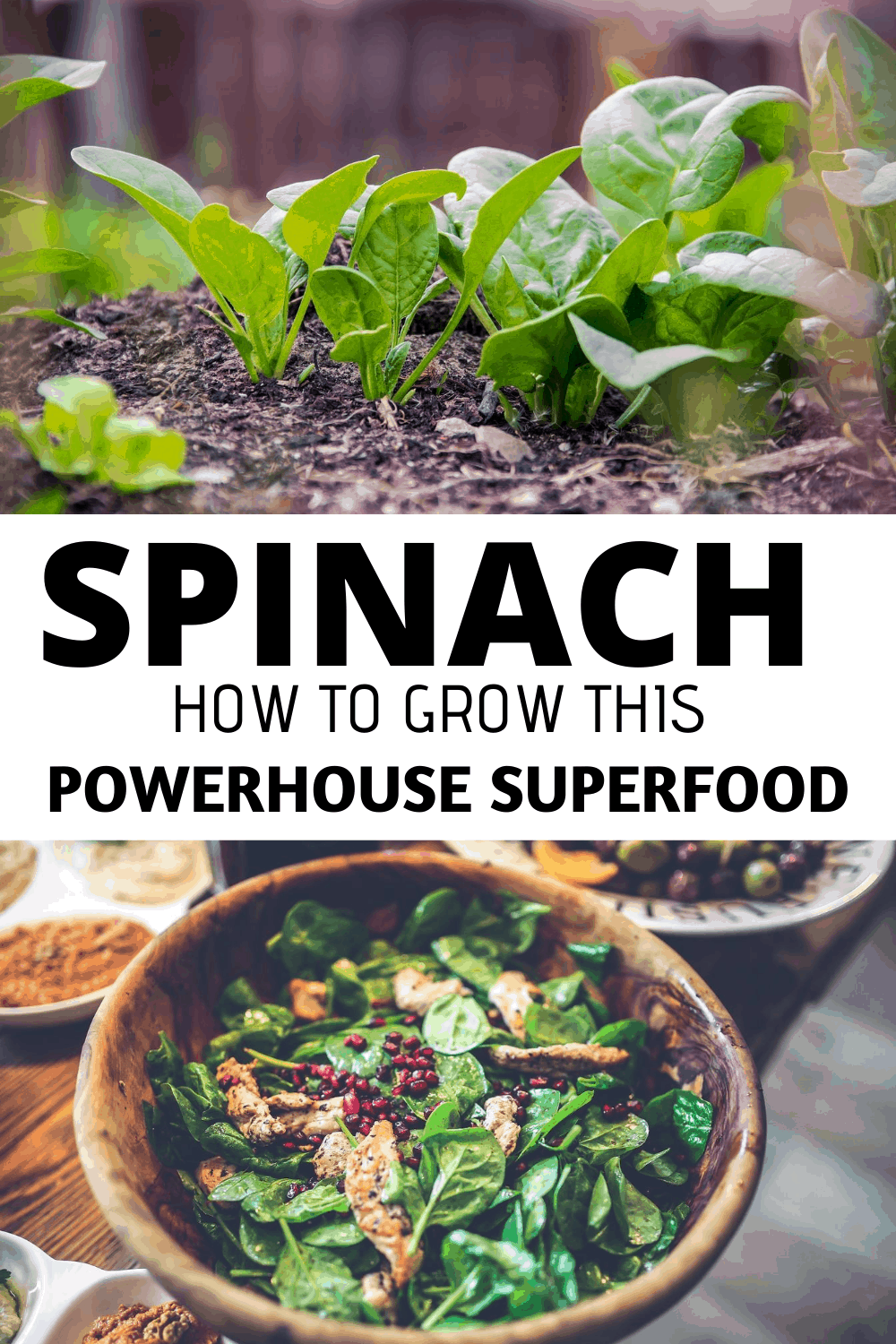 My interest in growing my own food stems from many sources: enjoyment of gardening, concern about chemicals and pesticides, and the desire to eat fresher, healthier fruits and vegetables. I believe the more we do this, the healthier we’ll all be, while helping our planet at the same time.

The Best Aquaponics Kits For Any Budget

Aquaponics is a method of growing plants alongside or above fish in water. It sounds complicated,…

Growing Radishes: Everything You Need to Know

Beginner vegetable gardeners will find growing radishes extremely rewarding. They are the perfect vegetable to grow:…

Vertical Garden: A Fun Way To Grow Food In A Small Space 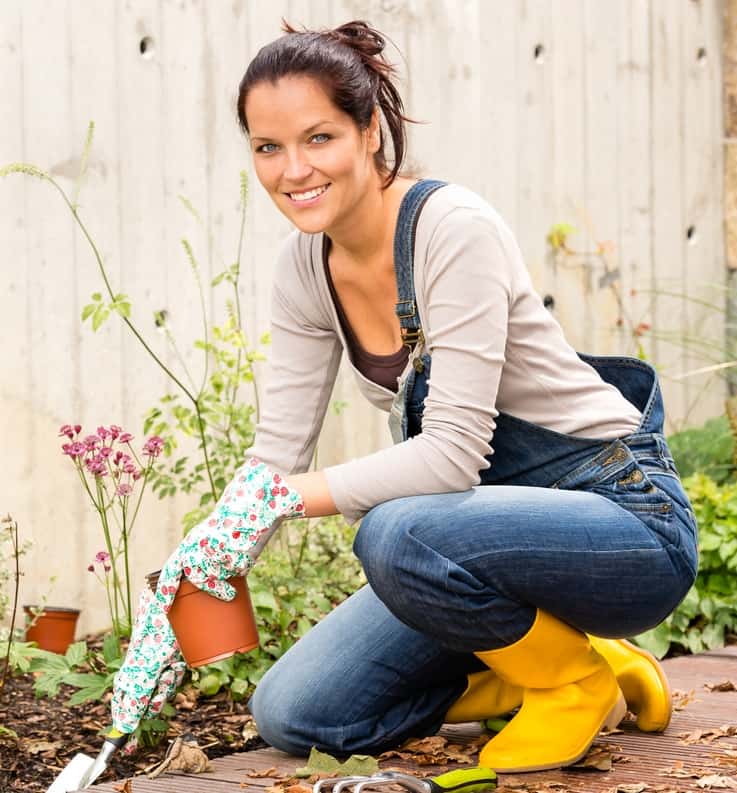 Hi! My interest in growing my own food stems from many sources: enjoyment of gardening, concern about chemicals and pesticides, and the desire to eat fresher, healthier fruits and vegetables. I believe the more we do this, the healthier we’ll all be, while helping our planet at the same time ~ Amy